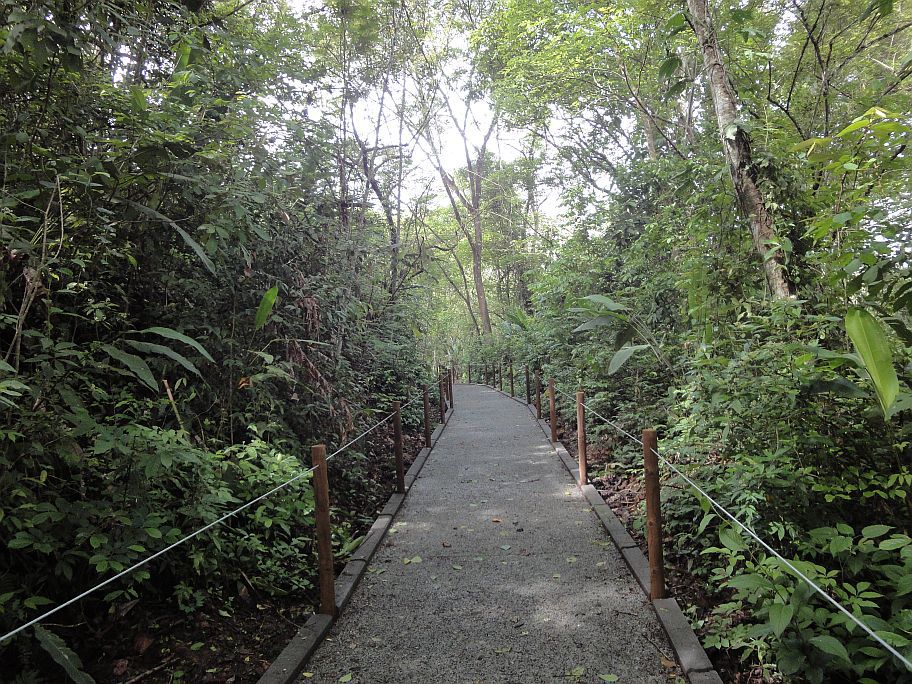 A full day of bird watching that starts at 8:30 am at Carara National Park's Meandrica trail - a one way path with five different micro-ecosystems ranging from 25-year-old pasture fields to secondary growth forests more than 200 years old. A visit to a swampy lagoon, which is surrounded a by forty meter tall forest. Some of the common birds are Baird's Trogon, Fiery-billed Aracari, Black-hooded Antshrike, Scarlet Macaw, Boat-billed Heron, Rufous and White Wren, a good dozen of hummingbirds among many more species including the rare Three-wattled Bellbird.

After a few hours birding, stop for a well deserved lunch at a local restaurant (not included in tour rate) followed by our mangrove boat tour, filled with birds, close-up encounters with crocodiles, and an interesting trip through the most threatened ecosystem in the world. The Mangrove Birding Boat Tour is designed to see special birds such as the Mangrove Hummingbird, the only inland Costa Rica endemic - the Mangrove Warbler, Vireo, and many Herons, Egrets and dozens of waders from North America. Some other birds include Trogons, Becards, and Flycatchers. This is a great tour for those with physical limitations and a must for bird photographers.

For those with physical limitations Carara offers a paved trail for wheelchairs. Numerous species are found on these trails such as the Great Tinamou, Ruddy Quail Dove, Golden Crowned Spadebill, Orange Collared, Blue Crowned, Red Capped Manakins, more Trogons and some fifteen species of antbirds.

This is a birding journey through one of the most biodiverse national parks in Costa Rica; located on the central Pacific coast in the province of Puntarenas, bordering the Tarcoles River, the Pacific Ocean and near the busy ocean town of Jaco. An early start will take us to the Pacific coast driving on the Avocado Hills (an old non-active volcano chain and historic area for gold mining) leading us through the towns of Atenas (considered the best climate in the world), Orotina which is locally know as the heart of Costa Rica's fruit growing region and to the natural jewel of the central Pacific, Carara National Park. Carara has over 5,500 ha (15 000 acres) and protects the last remains of transitional forest between the dry from the north to the humid in the south. It is a complex yet balanced mix of ecosystems represented by giant Kapok trees, lush understorey vegetation and protected mangrove forests. Carara is by far the best place to find wildlife within two hours of San Jose. It has more than 60% of all mammals found in the Costa Rica such as three species of monkeys, sloths, peccaries (wild pigs), rare nocturnal cats and also crocodiles, poison dart frogs, boa constrictors, iguanas, hundreds of butterfly species and other interesting insects and well over four hundred species of birds, many endemic to Costa Rica.

Also a great tour for those with physical limitations and a must for bird photographers. 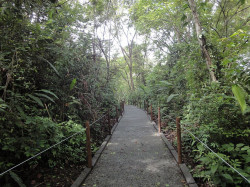 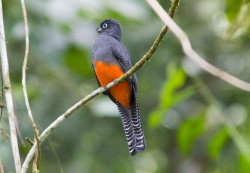 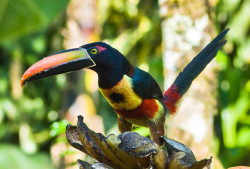 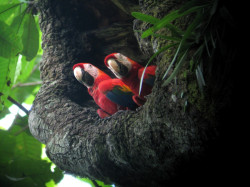 Scarlet Macaws are quite common around Carara / Tarcoles 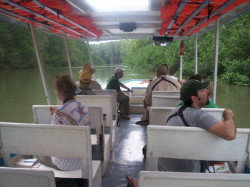 Bird watching in the mangroves