Includes: one night of lodging, two breakfasts, a canal tour in the National Park, and a guided tour of Tortuguero Village, stay at La Casona in the Village of Tortuguero or at La Baula Lodge on the canals in the jungle

Start this tour at either (a) Adventure Inn, or (b) your hotel on the southern Caribbean coast or (c) your hotel in the Arenal Volcano / La Fortuna area, and finish the tour at another of the three (a), (b) or (c) choices, moving forward, not backtracking. This way you get a great tour and do not waste a day traveling! This fully guided tour includes all shuttle bus and boat transportation, fully guided Tortuguero canals excursion, turtle nesting in season $35 per person, wildlife, and overnight at La Casona in Tortuguero or La Baula Lodge in the jungle on the canals

Tortuguero National Park is one of the best places in Costa Rica to encounter wildlife; it consists of a large system of waterways irrigating the majority of the northern Caribbean area of the country.

Because of its remote location and difficult access, this pristine rainforest remains virtually untouched and it is home to many animals like sloths, monkeys, crocodiles, toucans, trogons, water birds, colorful frogs, and butterflies.

On the first day, we will drive to the Caño Blanco embarking area where we will access the main canal to go north into the National Park. Upon arrival in our hotel, we will relax with optional lunch followed by a visit to the unique Tortuguero village.

This National Park is also the prime nesting site for the green and leatherback sea turtles from June to October, during which months an optional turtle nesting night-tour will be available.

On the second day, we will embark on a boat trip into the jungle where you will explore the lagoons and hidden canals; as we go deeper into the forest the canals become smaller and the surrounding wildlife gets closer. On the way out we will take part in a guided hike on the south side of the park, where away from the water, the trees are very tall, covered with bromeliads, vines, and orchids for a great complement to the canal experience.

Back at Caño Blanco, we will drive out with the option to be dropped off at Adventure Inn, the southern Caribbean, or the Arenal Volcano / La Fortuna area. 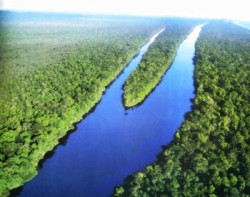 The enchanting and peaceful Tortuguero canals 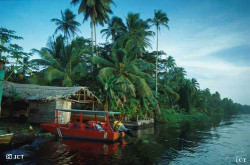 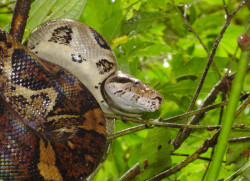 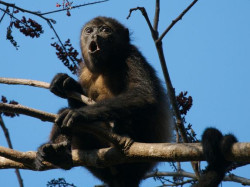 You may end up having a howl with the Howler monkeys